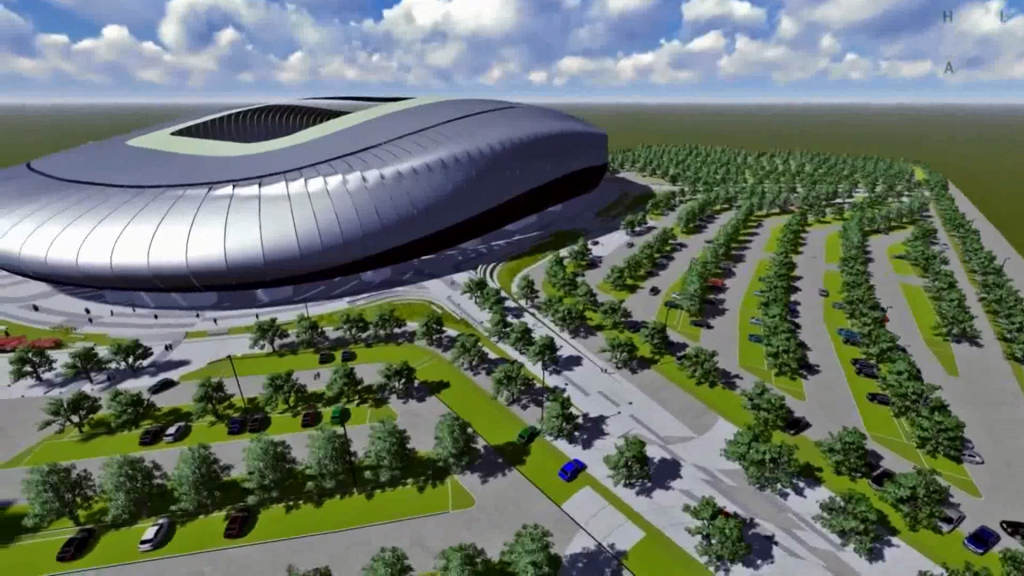 The Liga MX soccer club, C.F. Monterrey, will be opening its new stadium next year 2015.  The stadium will be integral part of Gran Parque Río La Silla [Río La Silla Grand Park]. The stadium parking areas will be completely arbored extensions of the park creating a unique concept for the building of stadiums in all Latin America and the world.

The following virtual tour of the stadium and its landscaping was released by Harari.